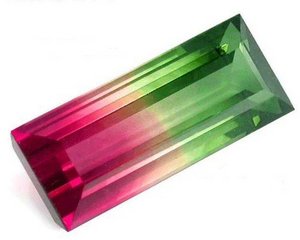 Some tourmalines show pseudo biaxial interference figures on lateral rotation with a 2V up to 25° [Nesse, 2004; Dietrich, 1985].