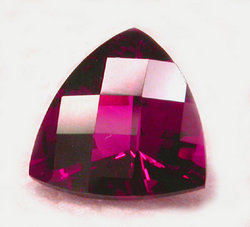 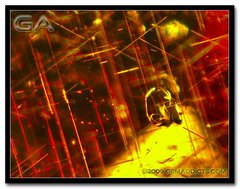 Silk, crystals, and a crystal looking like a skull, inside of a pyrope-almandine garnet.
~85X Magnification
©Jamey Swisher 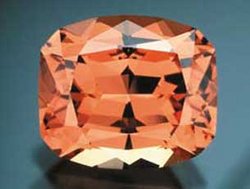 Malaia garnet (or malaya) is the red-orange variety of pyrope-spessartite discovered in the 1970's in Kenia as a by product of rhodolite.
The name is derived from the Swahili word for prostitute (which freely translates to "outcast" or "out of the family") [see: Swahili - English Dictionary; Rouse, 1986].