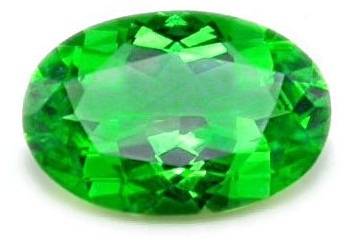 Peridot is a Type II stone in the GIA clarity grading system is usually included. Typical inclusions are: 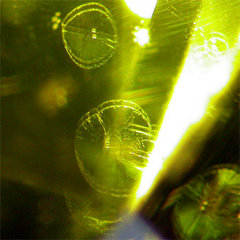 
The disc-like liquid and gas inclusions, often referred to as lily pads, appear doubled because of the strong birefringence that is a diagnostic characteristic of the gem.