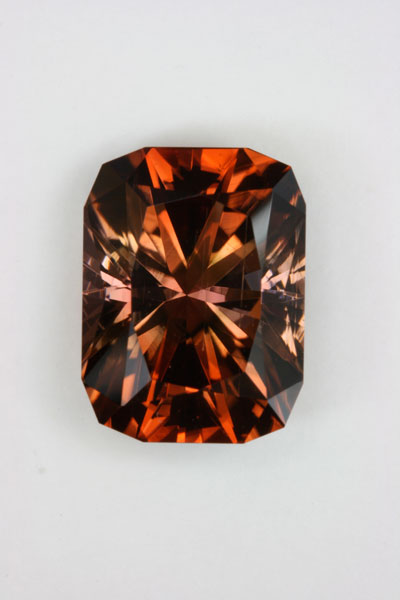 The Barion cushion (pattern designed by Graham) weighs 6.43 carats. My son loves this stone. I finally asked for an outside opinion(I do too). This is an example of a cut making a very nice set of colors in a piece of tourmaline shine. I like browns and tourmaline has them, but without the two shades being well mixed together by the cut, the gem would be diminished. I can still only use the cut with a limited number of tourmaline because of yield problems. Too many tourmaline are not deep enough and do not have the right ratio. I almost forgot to say that Jeff did a great job with the picture too.