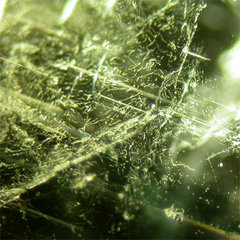 Other treatments are irradiation - for example with cobalt-60 - (stable) and waxing of surface imperfections. The latter treatment is not stable.
Cobalt-60 irradiation gives rise pink and hot pink in tourmaline.