Axes of symmetry have to do with balance of shape when rotated around these imaginary axes.
Every crystal belongs to a particular crystal system (cubic, tetragonal, hexagonal, trigonal, orthorhombic, monoclinic or triclinic) and the symmetry for each of these systems is defined by ideal shapes.

Following is an illustration of symmetry axes in the orthorhobic system.
When determining the axes of symmetry it is important to rotate (or spin) the crystal around that axis through a 360° rotation and judge how many times the exact image is repeated during the rotation. 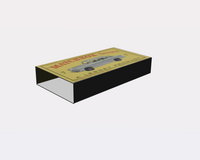 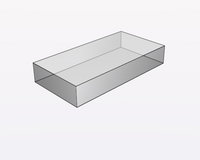 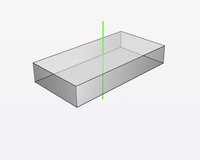 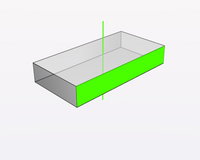 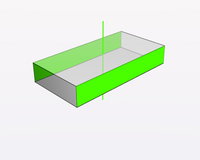 During a 360° rotation of the prism around the axis, the exact same image is shown twice 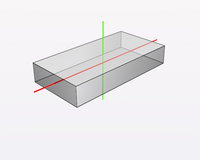 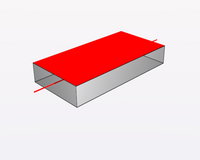 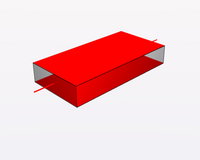 Again during a 360° rotation of the prism around the axis, the exact same image is shown twice 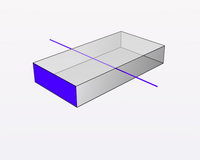 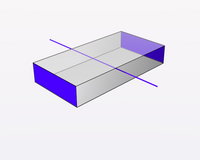 And again, during a 360° rotation of the prism around the axis, the exact same image is shown twice 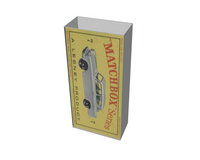 If one would place the matchbox on one of the pinacoidal faces, one would get identical results 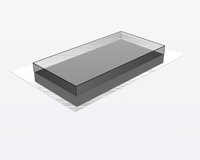 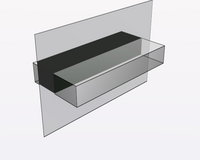 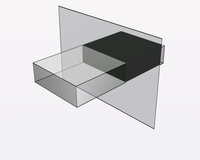 In all the above images the dividing plane acts as a mirror plane. In other crystal systems there may be fewer or more planes of symmetry. 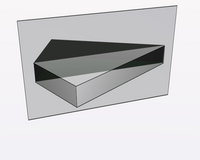 To illustrate that not all divisions by a plane create a symmetry plane, the illustration on the left shows that the mirror transforms the crystal into a kite form instead of its original prismatic shape.