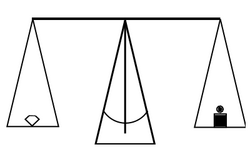 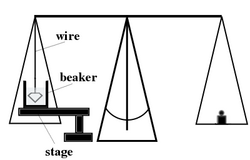 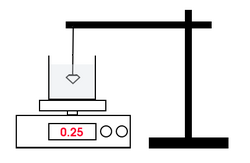 In the following video (2:28 minutes), the use of a single-pan electronic scale is given. The hydrostatic addition uses a beaker in a bridge and the wire directly on the scale.

These are also known as "Hanneman direct reading specific gravity balances" in honor of the one who reinvented (or at least popularized) this old wheel – Dr. W. Wm. Hanneman. It cleverly makes use of both Archimedes' Principle and Archimedes' Lever.
Their operation is like the weighing scales you see at a physician's or weight-watchers' office, where a weight is shuffled from one end to the other.