Beniotite is a very rare mineral that was discovered in 1907 in San Benito County in California. It has never been found elsewhere. It was originally mistaken for sapphire. Benitoite is very highly dispersive (the ability to take white light and disperse it into various components of the spectrum) with an adamantine luster when polished.
Benitoite is associated with other rare minerals such as black-red neptunite, snow white natrolite and brown-yellow joaquinite. Since the only source of this rare combination occurs at San Benito County, California, it has been designated the California state gemstone. Crystals, and cut stones, tend to be small and quite expensive! 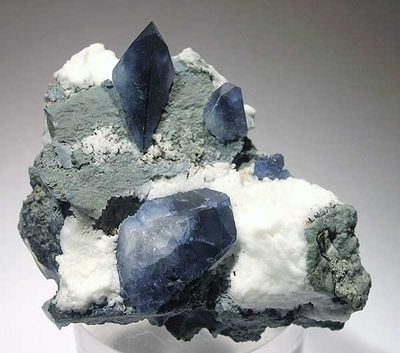 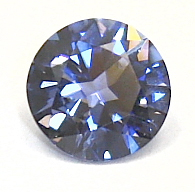 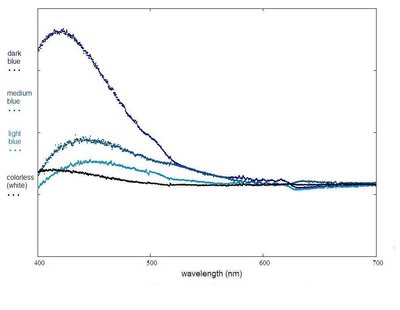 Transmission Spectrum:
The more saturated the blue, the higher the peak in the 400-500 nm range

The origin of color in benitoite has not been definitively established.
Proposed ideas include:
Fe2+ - Ti4+ or the Fe2+ - Fe3+ intervalance charge transfer.
While most benitoite is colorless when viewed down the c-axis, there is a very small number (3) of exceedingly rare stones (now cut into gemstones) which are pink in this direction.

The Benitoite Gem Mine

The Early Days: An Interview with Ed Swoboda and Peter Bancroft
<videoflash>mDtNj6XsbG0</videoflash>