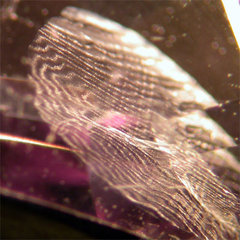 With the use of a polariscope one can find the typical "bull's eye" for quartz, but that can be seen in both synthetics and many twinned synthetics.